Welcome to the portfolio of Craig Clark and Cheeky Entertainment! I am a 40 year animation veteran dedicated to providing top entertainment for all screens! My credits range from (Oscar Winning) Forrest Gump to the (Emmy Winning) Simpsons. I also am the creator and producer of the Kustomonsters show for OSI74 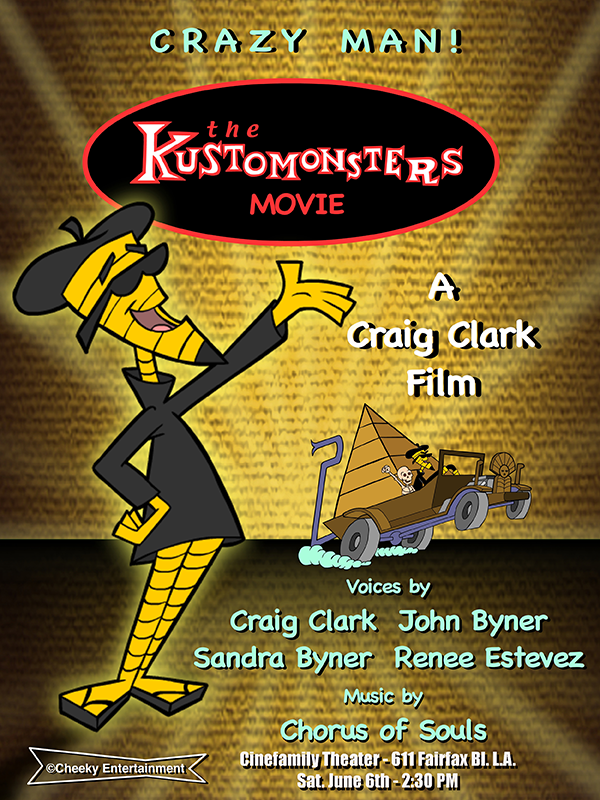 Craig Clark began his career as a child actor at the age of 8, when he starred in an educational film called “Forgive and Forget” directed by voice actor Shep Menken in 1968. Switching to animation at age 14, he was discovered by animators Corny Cole (Looney Tunes), Duane Crowther (Yellow Submarine), Grim Natwick (Betty Boop) and was mentored by longtime Disney animator Amby Paliwoda (Snow White). Clark was one of the original animation and layout artists on the first three seasons of The Simpsons, and has gone on to animate on various other animated projects such as several Peanuts TV specials for Bill Melendez productions, and many special effects feature films such as, Forrest Gump, The Mask, Godzilla, An American Tail: Fievel Goes West, Big Trouble in Little China, Cool World, and Poltergeist II: The Other Side.